In 2021, testing activities continued to focus on the exchange of system wiring diagrams. Volkswagen provided VEC test data, which was read into different systems and exported again as a VEC file. This showed that the VEC standard can handle different approaches such as overall circuit diagrams and single sheet representation. Questions raised in the review rounds led to issues involvingxx the VEC and expansion of the Implementation Guidelines. Volkswagen provided a test example as a first step towards testing more complex components such as fuse carriers or modular connectors.
In general, the activities carried out by the ECAD IF are closely linked to those performed by the VES Workflow Forum project group. Vendors will be involved early in the review of the Implementation Guidelines and in the discussion of issues and planned extensions to the model. Numerous question regarding the application and interpretation of the VEC were once again addressed in the telephone conferences that were held regularly, thus preventing the creation of dialects.

It is intended that testing activities continue unchanged in 2022. In addition to the exchange of system wiring diagrams, which will remain a prime focus, testing of the available sample data for more complex components will be actively pursued. Migration to VEC version 2.0.0 is another topic that will be addressed. The ECAD F will in the future continue to provide a forum where interpretation-related issues involving the VEC can be discussed between the vendors and model developers. 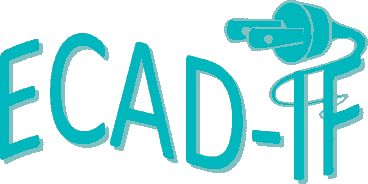